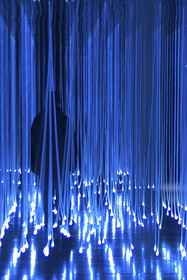 Mudd Law Offices successfully defeated a petition seeking disclosure of an anonymous Tweep’s identity.  The petition had been filed in the Circuit Court of Cook County under Rule 224 of the Illinois Supreme Court Rules which allows for issuing discovery prior to filing a lawsuit.  Over the last few years, Rule 224 has been used for purposes of issuing subpoenas to third parties seeking the identify of individuals using online or Internet based services.  Here, the petitioner sought information from Twitter, Inc. for six tweets the Petitioner alleged to be per se defamatory.

Regardless of the litigation method (pre-suit discovery or a traditional lawsuit), courts have struggled for several years to determine the proper standard for determining when to order disclosure of an anonymous individual’s identity.  In doing so, the courts have sought to balance, on the one hand, an individual’s right to be free from defamation (which is not protected by the First Amendment) and/or invasions of privacy (or other torts, for that matter) and, on the other hand, an individual’s First Amendment right to anonymous speech.

In the case ruled upon today in the Circuit Court of Cook County, the court employed the Stone standard and held that the statements in the six particular tweets did not amount to defamation per se.  The Court granted our Motion and ordered Twitter to refrain from disclosing any information about our client until further order of the Court.