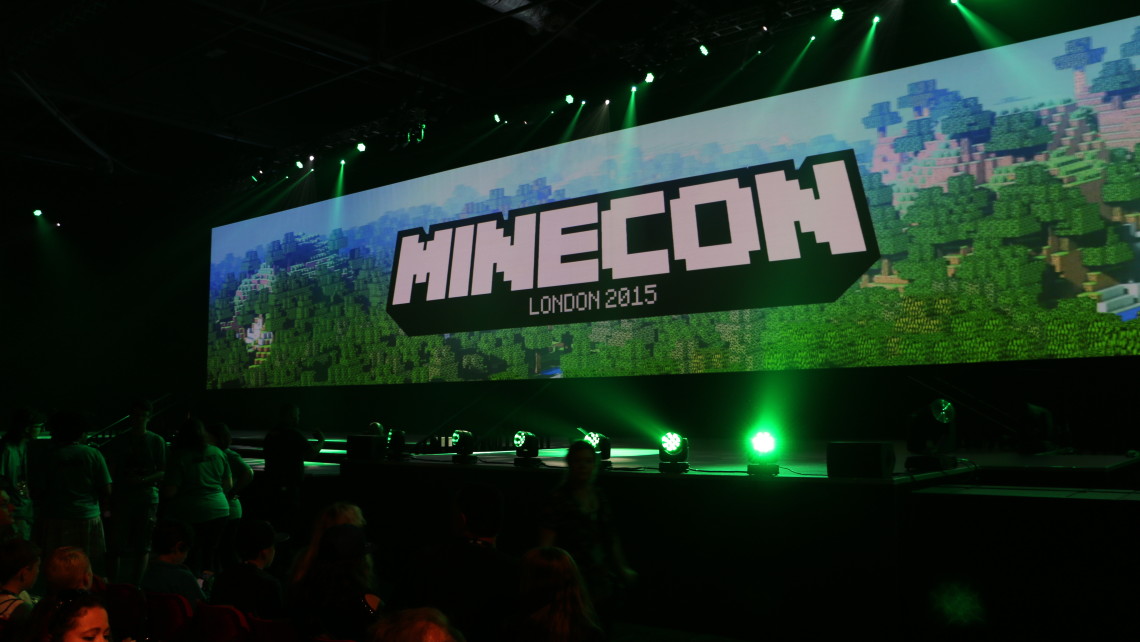 Charles Mudd attended Minecon 2015 in London, England over the 2015 July 4 Weekend. Still presented by Mojang with its exceptional Brand Director Lydia Winters (@LydiaWinters) emceeing, the event pleased Minecon fans of all nationalities, age, and demographic. Indeed, as Ms. Winters explained, individuals from 73 – that is correct, 73 – countries attended Minecon. In addition, the sold out event with 10,000 attendees created a new world record as the largest convention for a single game.

Minecon began with an opening ceremony in which Lydia Winters and Mojang team members introduced some exciting new developments. To begin with, Mojang and the United Nations have collaborated to use Minecraft to enable third world communities to plan redevelopments of their communities. Additionally, dismissing any concerns that Microsoft might restrain development of Minecraft, Mojang and Minecraft discussed a new holographic implementation of Minecraft through Microsoft’s HoloLens. The demonstration of this phenomenon wowed the audience – including our Principal. Can you imagine, a 3-dimensional Minecraft? Finally, a theme based standalone Minecraft game Minecraft Story will soon be emerging as well.

Throughout the two-day event, Minecon presented a number of exciting panels on topics from YouTuber experiences to the use of Minecraft in education.

Many YouTubers converged to sign autographs of young (and old) fans.

It simply represented a splendid event worth attending should fans be so fortunate to obtain tickets.

Stay tuned for further information and developments in relation to Minecraft, Minecon, and our Gaming Practice Area.