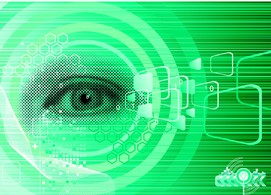 On March 7, 2016, a Nashville jury awarded Fox Sports reporter and Dancing with the Stars co-host Erin Andrews $55 million based on a 2008 incident at a Nashville area Marriot hotel.

Apparently, Michael David Barrett discovered the specific room in which Andrews stayed and then both requested and obtained the room next door to Andrews.  He thereafter adjusted the peephole of the door to Andrews’ room using a hacksaw so that he could and did film her through the peephole.  He then allegedly then released a video of Andrews naked on the Internet. For his actions, Mr. Barrett received thirty (30) months in prison.

In the civil suit, Andrews’ attorneys argued that Marriott employees wrongfully informed Barrett of the room in which she stayed.  They argued that, but for the actions of Marriott’s employees, a video of Andrews naked in her hotel room would have never found its way to the Internet.

For its part West End Hotel Partners, which owns and operates the Nashville Marriott at Vanderbilt University, claimed sole responsibility fell on Barrett for his criminal actions.  However, the jury disagreed.

After hearing testimony from Andrews and her family regarding the emotional toll as well as pain and suffering she experienced, the jury deliberated for seven (7) hours before announcing the verdict.  The jury awarded Andrews a significant $55 million in damages for Andrews’ emotional pain and suffering caused by the incident.  It found West End Hotel Partners to be 49% liable for the $55 million award , and Barrett 51% liable.

Defense attorney March Dedman, in a press conference after the verdict was announced, stated that the case has “changed” the hotel industry to where additional steps will now be taken to ensure the privacy of guests and prevent incidents like this from happening in the future.

The case also represents a stark reminder that an individual’s personal and private information can be subject to breach in even the most routine situations. While most consumers think of “data breaches” in the form of hackers obtaining credit card and medical information, any time an individual provides someone their personal information with the thought that it will remain protected and private, they are vulnerable to a breach. Even Andrews, in her testimony, stated that she has dramatically changed the manner in which she travels  as a result of these events.

She told the jury that, among other measures, she changes rooms as soon as she books a hotel reservation, refuses to allow others to carry her bags, and thoroughly checks the bed, clock, air conditioning ,and bathroom for hidden cameras.  She also makes sure to cover the room’s peephole.

While Andrews’ case is obviously unique it is a good reminder that everyone should take greater care when it comes their personal privacy.