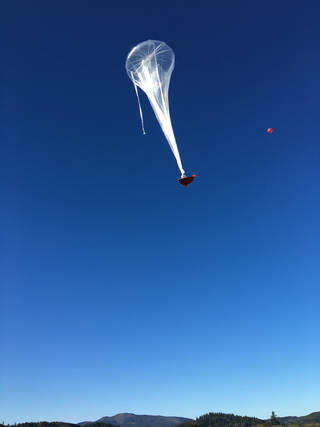 Anticipating the growth of commercial spaceflight, the efforts of the Federal Aviation Administration (“FAA”), the National Aeronautics & Space Administration (“NASA”), and the Near Space Corporation (“NSC”) resulted in the first successful flight of a high-altitude drone testing new surveillance technology designed to aide the FAA in the detection and tracking of commercial spacecraft traveling in the national airspace. Through funding obtained under NASA’s Space Technology Mission Directorate and Flight Opportunities program, NSC launched a high-altitude balloon that carried the drone to a height of 70.000 prior to release. In a statement, Tim Lachenmeier, NSC CEO, stated that the FAA provided a “lot of dedicated support” to accomplish the flight. As such, the successful flight would not have occurred but for the collaboration of NSC, the FAA, and NASA.

The “lifting body-shaped” drone constitutes part of NSC’s Nigh-Altitude Shuttle System (“HASS”) which can now transport new technologies to high altitude for testing and back again. In this instance, the balloon lifted the drone to a height that would “simulate a winged spacecraft’s entry into FAA Class A controlled airspace,” according to NASA. The FAA’s new technology located at the Seattle Air Traffic Control Center then tracked the HASS drone.

Mudd Law represents individuals and businesses in drone law, particularly advising them with respect to the FAA Small UAS Rule, obtaining waivers under the Rule’s Part 107, and securing COAs under the FAA drone rules. Mudd Law also provides guidance in relation to municipalities and other local governments implementing regulations related to drone use.