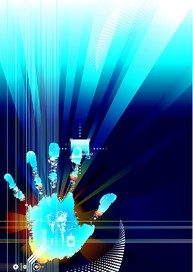 Facebook’s A.I. chatbots came up with their own way of communicating – by accident. The Atlantic recently reported on a fascinating line buried within a report released by Facebook’s Artificial Intelligence Research Lab.

The report describes Facebook’s use of machine learning to train “dialog agents” to negotiate. A.I. that can conduct negotiations on its own is interesting in its own right, however, the specific line of the report states that while Facebook was training their “dialog agents” to negotiate, they had to tweak one of their models because otherwise, the bot-to-bot conversation “led to divergence from human language as the agents developed their own language for negotiating.” The researchers had to instead use what’s called a fixed supervised model instead.

Facebook’s A.I. agents began developing their own non-human language to seemingly more effectively negotiate with each other. For those interested in artificial intelligence, Facebook’s original report can also be found here.